OK, so how did I get here?  I was born, I went to school, whatever… I don’t remember thinking about it much until I found myself at Trinity College, Dublin University, in October 1981, knowing precisely no-one, and wondering how to ‘be’.

‘Don’t remember thinking much about it’?!  Okay, someone has to mention it… Cass and I ‘went out’ when we were about seventeen – in Spain, in fact – then had a thirteen year break (see FRIENDS seasons 2 to 10).  Cass found solace in pints of lager and funny 80’s hairdos, and I found solace in 17th Century Spanish poetry and painting.  Sure you did.  Fortunately, Dublin’s the best, friendliest place in the world – everyone’s funny!  How do they do that? – and by the end of my four years there, I think I was a pretty decent bloke.  ?! 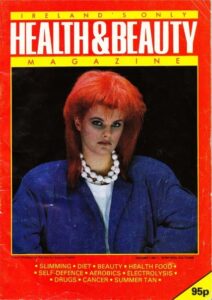 SO grateful to Cass for allowing this one to be shown – she’s a game girl! And the eighties were a great decade!

Returning to London was alarming because I had to find a job and earn money, and no employer seemed remotely interested in my pint-drinking abilities and expert knowledge of Dublin’s pubs.  I just plain-old needed A Job, and the first one I was offered was as an office dogsbody and PR assistant.  It paid tiddlywinks, but was in fashion PR, which sounded fantastic, if entirely unlikely for someone like me.  I didn’t know anything about fashion.  Or PR.  I mean, of course I’d heard of Chanel, but the scorchingly hot fashion/club/music scene in London in 1986?  Not a clue.

Everyone else in the office was confidently cool, bizarrely dressed, and did some pretty serious drugs.  I would lamely offer them cups of Nescafe (as if!), and goggle quietly from behind my desk.  I was a straight girl in a bendy world, and this was not a good fit (see?  Fashion term!), so my ‘career’ there lasted about 9 months.  It wasn’t an unhappy time, but a bemused one, because it took me so far out of my comfort zone.  I’m not sure exactly what it taught me about PR or fashion, but as experiences go, it definitely was one, and it formed an important basis for my future choices – to wit: try to get involved in stuff you like and understand.

Pause for an intermission while I went off to Australia for most of a year with my best friend to serve drinks and lie in the sun.  Not exactly a career-enhancer, but a damn fine time.  Yet another parallel in our parallel lives – we both spent time, albeit separately, in Australia, particularly Perth.  We actually had lunch together, in ’87, just after I’d got back and you were about to go.  I even remember where!  (But not what I was wearing).

Again, a return to London and the urgent need for a job.  But it turned out that having actually had a job in PR, and in such a cool and groovy company, gave me the leg-up I needed.  Next thing I knew, I started work as Press Officer of Lancôme (YES!  Stuff I liked and understood!), in a ritzy Mayfair office – actually it was mostly falling apart, but it had a nice chandelier in Reception.  Check ME out!  It was the best job in the world!  However, I still had no idea how to do the job, lots of people spoke only French (my school level proved woefully lacking), I could have helped with my schoolboy French: “mon zizi c’est coincé dans ma fermeture éclair” – see what Google translate makes of that! and there was a whole mess of corporate politics that was even more foreign to me than the French language.

Somehow, I made my way, learned how to do my job while parrying the politics, and found myself still there, 13 years later.  And mucho promoted, by the way.  In fact to the position hilariously, and only partly unfairly, described by the Managing Director as Directrice de Dépenses (Director of Spending!)  You try having the entire Lancôme product line available to you and be hungry for a new challenge!  But eventually, I felt the need to escape from corporate life and thus began a new phase.

Consultancy was great to begin with and, oh, the bliss of not being ‘managed’! But it was curiously uninvolving and, after a couple more years, I was restless.

Then I had a MOMENT.  I had an idea for a skincare brand that was unlike any other, and I just fell in love with it and had to do it.  I had no idea how to create a brand or products from scratch, but I learned, and a year or so later ended up presenting it live on QVC (utterly scary and a pretty horrible experience, actually – there, I’ve said it.).  But then a huge order came in from Victoria’s Secret in the US.  Come ON!! Things were looking exciting, exhilarating, world-dominating, I was thinking of changing my middle name to Estée… and then they weren’t.  I have a million theories for why it didn’t work out (and who I can blame, more like) but all I can say is that I lost money, my confidence, and my general mojo, which took care of the second half of the 2000’s.  But always thoroughly supported and loved by my husband, blah blah blah… Absolutely true!

The mantra: “what doesn’t kill you makes you stronger” usually makes me want to throttle someone that feels somehow ironic , because people trot it out so casually, but at this point, I do appreciate the whole experience.  Whether a project is a success, a failure or a ‘meh’, you learn enormous amounts and you do realise that it’s not actually going to kill you.  Unless your project is new-fangled pins on hand grenades or something.

Fun fact (look away now, ladies): apparently in the U.S. 50% of female marine recruits are rejected because they can’t throw a hand grenade far enough not to be blown up by it.  I was afraid you’d put that in, and you have.  Disappointing.  Er, funny.

The prospect of the move to Spain was beguiling in many ways, but particularly in light of the above.  A fresh start, a clean slate… ooh, the potential for ‘sayings’.  Hmm, ‘sayings’ is one of those words that just has to be said nasally, like ‘ointment’, ‘moist’ and ‘portion’.  My only problem, if you can call anything to do with moving to a beautiful mountain with your beloveds a problem, wondered how many of us there were, for a moment – then remembered the dogs.  Oops! was not knowing what to DO with myself, how to achieve something.  So right now I’m happy.  I’m at the beginning (I hope!) of a project I love, I’m using a lot of my life/work experience thus far – the idea being to avoid making the same mistakes, but we’ll see; aren’t plans one of the things that God laughs at? And isn’t that another ‘saying’?

Anyway… how bad can it be?  I’m surrounded by – spoiler alert! – gorgeous scented candles!

You could burn the house down, I suppose. 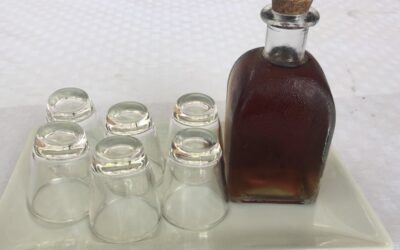 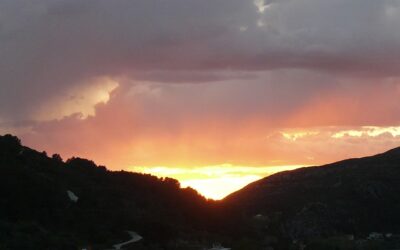 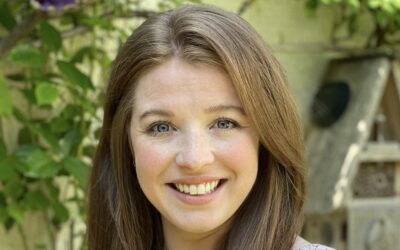 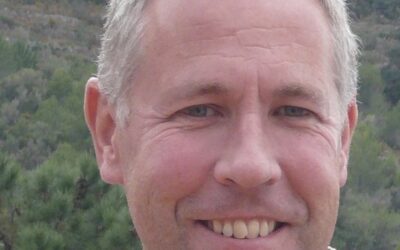 First written in 2014 Finally a chance to write the autobiography that nobody has been clamouring for! In a nutshell, my adult life so far has been divided into three sections, each lasting about a decade. 1) Mucking about doing all sorts of things, then 2) cricket...